STS247 sponsor rally co-driver Jonathan Turnbull and he recently sent us an update on his progress. Credits to Steve Pugh for the photography.

This was the 3rd event as a pairing for Jonathan and Nick. They have done a couple of smaller events prior to Rally Yorkshire in preparation. Rally Yorkshire was based in Filey using some of the best gravel forest tracks in the North Yorkshire Forests. This is one of the biggest gravel events on the Calendar.

Jonathan had been through the pace notes all week while in Cumbria. They went through the notes on Friday evening making very little changes so they both felt prepared and ready for the event and stages the next day.

They left the start near Filey and set off to the first stage. Arriving at the start of stage 1, someone had been off in stage so there was a delay. This gave them time to check the car over after the road section to the stage (warming the brakes etc). The car was fully checked prior to setting off from the start, unfortunately or lucky (which ever way you want to look at it), a leak on one of the front brakes was found and very little brake fluid remaining! They had to bias the brakes to the rear to minimise fluid loss and slow down using the handbrake, to get through the first 2 stages and get the car back to Service for the crew to fix the issue.

The first stage, Langdale, was quick and flowing, setting a good time although the car was very twitchy! Nick drove great considering the brake issue. Stage 2 was a technical stage with a lot of high braking areas, knowing they would lose some time, and they did, around 20 secs to their other class competitors. After stage 2 they were positioned 6th in class. In Service the crew did a fantastic job fixing the brake issues and new tyres were fitted. Confidence in the car was resumed. 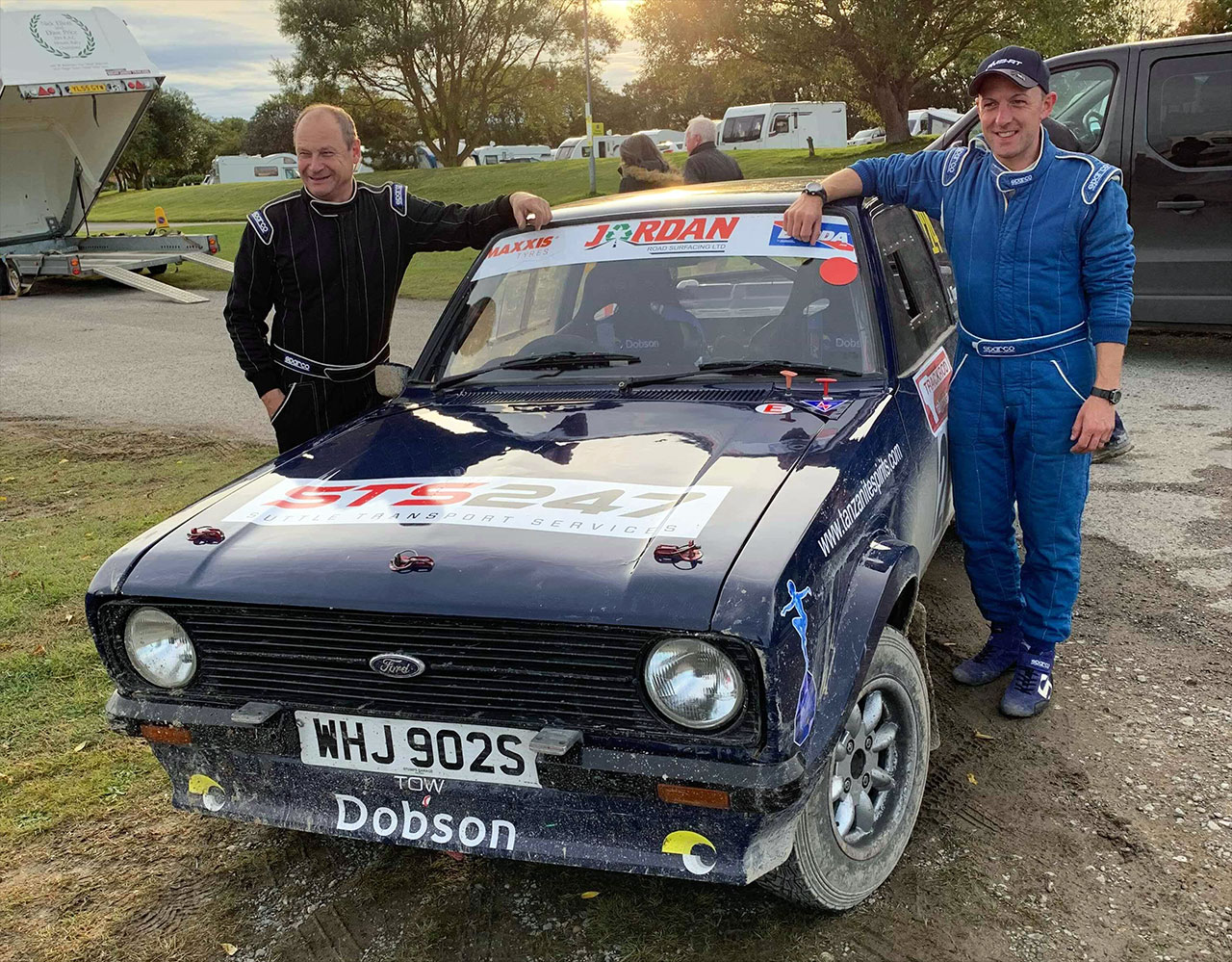 Stage 3, they had a good run and set the fastest time in the class by over 10 seconds. Stage 4 was again quick, setting the second fastest time in class, climbing back up the order. Next service, the car was checked over with no issues. Times were checked and they were now running 3rd in class, only 4 seconds behind 2nd.

The decision was made to push in the last stage 5 to pull the 4 seconds back with the aim of getting 2nd in class. Unfortunately with them pushing they had an overshoot about half way through the stage, trying a bit too hard! The loss was around 10 seconds and unbeknown to them they were carrying a battery charging issue. The car stalled at least 3 times in stage, but they pushed on and got to the end!

At the finish, a very respectable 20th overall was achieved out of 100 competitors and 4th in class was a good result. On the way back to the trailer after the finish the car stalled and wouldn’t restart, this is when the broken wire from the alternator was found which explained the stalling. They were really pleased to get to the finish and had a good run with no damage to the car.

The car will now be checked over and repaired ready for their next event which is the Malton Stages Rally on the 3rd November. This event uses very similar forest stages to Rally Yorkshire.

This was their 6th Mull Rally as competitors but their first event as a pairing for Jonathan and Paul. The Mull Rally was based in Tobermory on the Isle of Mull, West coast of Scotland using most of the roads around the island. This is one of the biggest closed road events available attracting a large amount of spectators with substantial media coverage.

Jonathan and Paul arrived on the island first thing Tuesday morning, travelling through Monday night. The event recce (running through the pace notes and driving through the stages) commenced Tuesday afternoon and into the evening, carrying out recce Wednesday and Thursday also. The recce went very well with only minor changes to the already very good pace notes.

Leg 1 of the event started on Friday evening at 21.00 with 5 stages ranging from 8 miles to 20 miles.The weather wasn’t good with rain forecast for the whole weekend. Stages went really well considering this was their first time in the car together, running on wet tyres, these were kept on for the whole of leg 1. They finished the first leg around 03.00 on Saturday morning with the crew then checking over the car finishing at 04.00. They were lying in 38th position after the first leg.

Leg 2 started at 09.00 with 8 stages, the longest being 16 miles. They ran the first 5 stages on wet tyres, with the roads drying, and the sky only a little overcast, the decision was made to change to dry tyres for the remaining 3 stages, this was a big gamble but if it paid off this would climb them up the leader board, unfortunately this didn’t pay off, 15 mins after leaving service the heavens opened! The last 3 stages of leg 2 they found very tricky in wet conditions on slick tires, but they kept their nerve and got through unscathed. It seemed a lot of crews had taken the same tyre gamble so fortunately not much time was lost. Leg 2 finished at 17.00, again, with the service crew checking the car over finishing at 18.30. After Leg 2 they were 32nd overall.